Tuesday, December 13 2022 - Welcome!
Favorite posts
Israeli expert: Fizuli International Airport means reconstruction of...
Azerbaijan will complete a new highway to the...
About the Karabakh War
Treaty of Turkmenchay 1828
Costumes of the inhabitants of Shushi
Thomas de Waal, author of the book “The...
Film about the life of refugees from Karabakh
Russia in the Caucasus 1847

His Majesty the Russian Emperor and His Majesty the King of Iran have agreed to eternal peace, friendship and full agreement between them, their heirs to the throne, their states and citizens.

His Majesty the Russian Emperor and his Majesty the King of Iran accept mutual commitments which were already completed under the Gulustan treaty, concerning the war which took place and finished successfully among the supreme parties. They consider it necessary to alter the Gulustan treaty with the following terms and provisions to provide peace and friendship between Russia and Iran in the near and far future.

On behalf of his name and his heirs, the King of Iran compromises Erivan and Nakhcivan khanates located on both sides of the Araz to the full subordination of Russia. The King also will undertake within 6 months after the date of the treaty, to supply Russian authorities with all archives and social documents regarding the ruling of the abovementioned khanates.

The parties determined the borderline as follows:
The closest straight line aside from the peak of Ararat located at the edge of Turkish landsthe peaks of hose mountains- down to the upper part of Ashagi Garasu at the southern part of Ararat- along the stream of the river to the joint of the river with Araz near Sharur- along the bed of Araz up to the tower of Abbasgala -3 Russian half-verst (one verst = 3,500 feet) width circle in all directions around the fortification of the tower on the right bank of Araz (the named area will be the territory of Russia and its exact square shall be determined within two months from today)- part of the circle joining the eastern bank of Araz- along the bed of the river of the Yeddibulag dock (21 versts along the bed of Araz shall be the territory of Iran)- Mugan lowland- Bolgarchay- lands at 21 versts down the joint of the rivers Adinabazar and Sarigamish- up along the left bank of Bolgarchay up to the cross of Adinabazar and Sarigamish-up along the right bank of the East Adinabazar- up to the top of the Cikoir highland (all of the rivers that are there flowing into the Caspian Sea belong to Russia, waters flowing in the direction of Iran belong to it). Here the borderline between the two states is determined by the peaks of the mountains. The descending of the mountains towards the Caspian Sea belongs to Russia, the remaining descendent mountains belong to Iran. From the peak of Cikoir along the mountains separating the Talish from the Arsh region, the borderline stretches up to the peak of Gamarkuhum. The top of the mountains separating the flow into two, continues along the line of the boundary as the territory between the upper flow of Adinabazar and the peak Cikoir described above. Keeping to the above-described rules about the flow of the rivers, from the peak of Qamarkuhum and along the mountain chain separating Zuvand and Arsh, the borderline stretches to the borders of the Velgic region. Except the part of the abovementioned mountain opposite its peak, the region of Zuvand is joined to Russia. Again keeping to the above-described rules about the flow of the rivers, the borderline continues as follows: from the border of the Velgic region to the north source of the river Astara along the peak of Kloputanin and the chief chain of the mountains at the Velgic region along the bed of the river till it flows into the Caspian Sea.

By this article, his Majesty King of Iran expresses his sincere friendship to his Majesty the Emperor of Russia, and on behalf of his heirs and the heirs of Iran thrown, he solemnly recognizes that all the lands and the islands located between the above-mentioned borderlines and between the Caucasus and the Caspian Sea including all migrants and other people living on those territories to be the eternal property of the Russian Empire.

In defense of damages, victims and losses experienced by Russia during the war between these two states, the majesty of the King of Iran assumes to indemnify the above-mentioned, with a monetary amount. Both supreme parties of the treaty agree to the amount of ten kurur tumen raije or 20 million silver coins. The time, the method of payment and guarantee are determined in a special contract that legitimately attached to this treaty.

As soon as the Majesty King of Iran bestows his son -his Majesty Prince Abbas Mirza with the declaration that he is the the heir of Iran, to prove his friendship and to help with the confirmation of heritage rule, the Majesty of the Emperor of Russia assumes to recognize the heir of Iran as the person of Abbas Mirza and after his taking the thrown, to fully recognize him as the legal ruler of that state.

Russian trade ships still preserve the right to freely sail in the Caspian Sea and along its shores, as well as to approach them. In the case of a shipwreck Iran shall render assistance to them. The trade ships of Iran also have the right to sail in the Caspian sea and to approach the shores of Russia and in case of a shipwreck Russia shall render any and all necessary assistance to Iran. As to public vessels, as stated before, they have the right to sail only under Russia’s flag. They preserve the former exceptional right and no other country may have public vessels in the Caspian but Russia.

With great wishes to retain the re-established peace and friendship, the majesty of the Emperor of Russia and the majesty of the King of Iran, mutually agree to accept the ambassadors of the supreme palaces governments), ministers and other authorized individuals sent for the implication of temporal missions or for permanent settlement, respectfully and separately as their rank, the honor of the agreed supreme parties, friendship relating them and local traditions deserve. The necessary measurement shall be determined
by a special protocol.

The majesty of the Emperor of Russia considering the re-establishment and extension of trade between the two states to be the result of the chief favorable result of peace. They mutually agree to implement all of the orders related with the control of trade and the security of the citizens and to present all of the above-mentioned in the form of an Act having the same power of the treaty signed by the representatives and attached to it. The majesty of the King of Iran gives the right to Russia to appoint consuls and trade agents to anywhere that is favorable for trade. He also assumes to protect the consuls and agents each in the
suite of 10 persons so that they could use their fame and priorities. The majesty of the Emperor of Russia in turn gives his promise to show the same attitude to consuls or agents of the majesty of the King of Iran. If the government of Iran has serious complaints with Russian consuls or agents, the minister (the ambassador) of Russia or his authorized assistant near the palace of the king, or their direct official on their own decision may dismiss the initiator or temporally replace him by another one.

Mutually, all of the requirements of the citizens and other affairs broken by the war shall fairly be restored and settled after the conclusion of the treatment. Mutually, obligations of the citizens to this or the government by the contract shall be immediately and completely supplied.

For the benefit of their citizens the supreme parties mutually agree: those having unmovable property on both sides of Araz shall be given three years for its sale or change. The Majesty of the Emperor of Russia gives the exception to Huseyn khan -former chief of Iravan khanate, his brother Hasan khan and Kerim khan-former ruler of Nakhchivan.

Military hostages taken during the former and the later wars and the civil hostages that were taken at any time shall be mutually released within four months. They shall be supplied with food and other needs and sent to Abbasabad – the point of delivery to commissars appointed by both states for receiving and sending of them to the next place of residence. The agreed supreme parties shall apply the same attitude toward all military hostages and civil hostages of Russia and Iran, the delivery of which is impossible during the mentioned period of time as a result of the great distances or other causes. Each of the states has unlimited right to demand the above-mentioned any time and assumes to deliver them in the case of their revealing or demanding them.

None of the agreed supreme parties shall require the delivery of deserters or traitors passed to the opposite site before and during the later war. To prevent negative outcomes from illintentioned relations between those refugees and their countrymen or those under its leadership, the government of Iran obliges now and in the future to prohibit the settlement of the people listed by the Russian government in its territories between the rivers Araz and Chara, the Lake Urmiya, and the outfall of the rivers Jakatu and Gizil Uzen. The Majesty of the Emperor of Russia promises to prevent the settlement of Iranian refugees in the territories of Karabakh and Nakhchivan khanates, as well as in the part of Iravan khanate on the right bank of the Araz. But it is evident that this term is also applicable to those with an official rank or of any dignity: khan, bey, religious superiors or mullahs, which may have negative influence over former countrymen or their subordinates with a personal example, advice and secret relations. As to the population of both states, the agreed supreme parties decided that the citizens of both countries that have transferred or will transfer from one territory into another, may settle anywhere with the permission of the government.

With the favorable and lasting wish to re-gain stability for his country and to keep his citizens away from all that may increase harm that was done in the war concluding with peace by this treat^ His majesty King forgives all of the population and officials of the Azerbaijan province. Despite the rank, none of them to be prosecuted for their behavior during war or the temporal occupation of the mentioned territory and shall not be insulted for religious faith.
A year’s time to be assigned from this day to those officials and citizens that must move from Iran to Russia with their families, to carry their movable property without any prevention of the government and the supremacy without any tax on their property or things for sale. As to unmovable property a five-year timeframe is assigned for the sale or for its self-disposal.
This permission is not to be applied to those who committed a crime during the abovementioned one-year period.

From the point of which the peace treaty is signed the Representatives shall send everywhere all information about the cessation of the war and all of the necessary decrees.
This treaty shall be composed in the form of two copies, signed by the representatives of both parties, affirmed with their official stamp, exchanged, confirmed and ratified by the majesty of the Emperor of Russia and the majesty of the King of Iran. The signed ratified texts shall be exchanged by the representatives of both parties within four months or earlier.
The treaty was concluded on the 10th of February in the year of 1828 A.D. 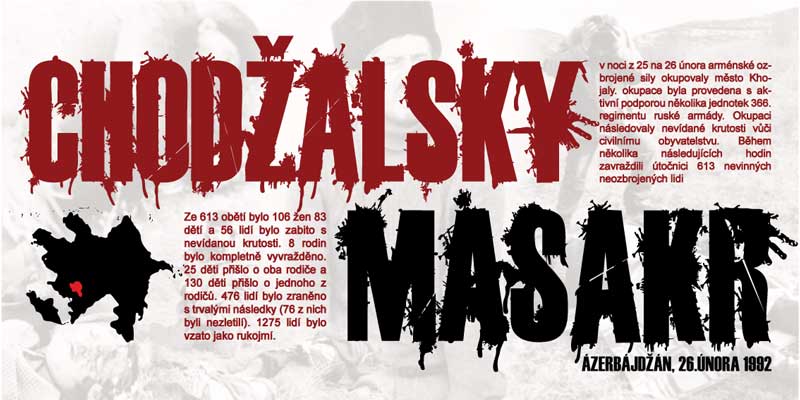